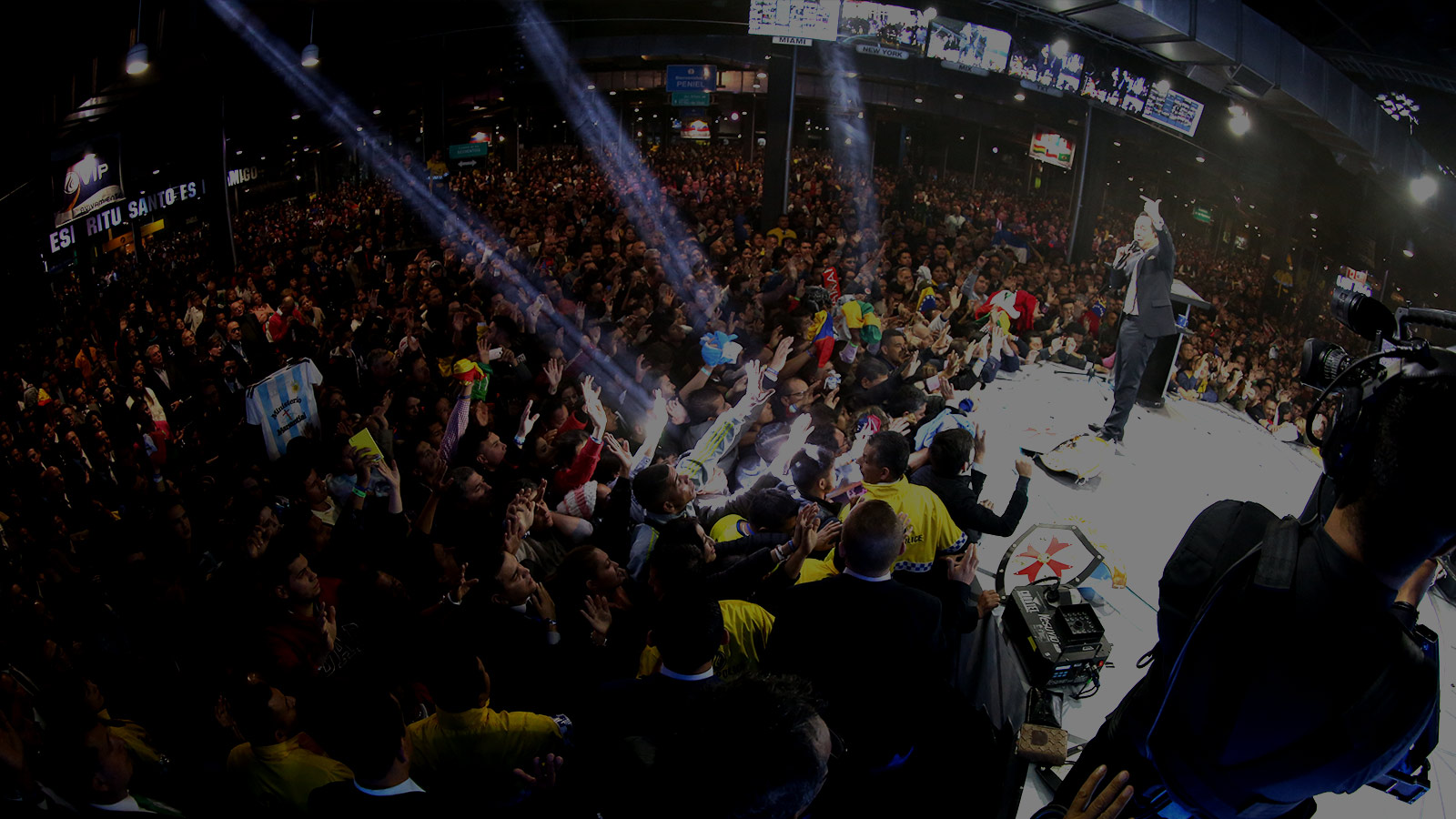 30 YEARS UNDER THE CLOUD OF HIS GLORY PASTOR RICARDO RODRÍGUEZ

“Me and my house, we will serve the Lord”

After a marvelous salvation encounter with Jesus radically transformed their lives, pastors Ricardo and Ma. Patricia Rodriguez surrendered their hearts completely to Him. Like Joshua, they made a decision that remains with them, their children, and grandchildren until today: “Me and my house, we will serve the Lord”.

Sometime after this they received their calling. On October 24th 1990, in the living room of their apartment, pastors Rodriguez along with their children held their first service that Sunday, giving birth to the Restoration Community Church (the original name of the church). After putting in practice all the growth strategies that they had learned in Bible Seminary, conferences and books, the Lord spoke these words to the pastors “Don't look for numbers, bring My presence to the church”. Being obedient to this word, and after a time of prayer that transformed the pastor’s secret place, God’s Spirit came like a mighty wind over the church on February 28th 1993; and from that time God’s presence has been in every service in which pastors Rodriguez minister, the Lord performs extraordinary miracles, multitudes receive Jesus as their savior, and pastors and leaders from all five continents are profoundly impacted by God’s Glory.

In the midst of that powerful move of the Holy Spirit, the Lord changes the name of the church to Worldwide Revival Center, in so showing the change in the ministry and its purpose within the body of Christ. Today, after than 30 years of ministry, pastors Ricardo and Ma. Patricia’s constant and absolute obedience to God’s Spirit, has led them to pastor one of the fastest growing churches in South America, holding massive events such as: the Worldwide Revival Conference which takes place every year at the end of June, during which this year counted with over 25,000 pastors and leaders from more than 52 countries. The last Saturday of each year Revival to the Park is held in Bogota. In 2018, secular media reported that the multitudes gathered in attendance were hundreds and thousands of people. And the list goes on, events with thousands of pastors in America, Europe, Asia, and Africa have generated revivals that are growing and multiplying today, God’s Spirit showing in each of them, His interest in giving an unlimited outpouring of His glory over the Lord’s church in this time.

An inspiration of revival for Latin America and the world

The close friendship of pastors Ricardo and Ma. Patricia Rodriguez with the Holy Spirit, their surrender at the time of transmitting what the Lord has given them, and the reality of God’s presence in every service at the Worldwide Revival Center, make thousands of pastors and leaders from all over the world travel every weekend to Bogotá to live an Avivaweekend, a weekend immersed in the River of His Glory which transforms, revives, and inspires the thousands of congregants to live out that same reality, that same friendship with the Holy Spirit, allowing this Fire to transform their lives, families, ministries, and nations. 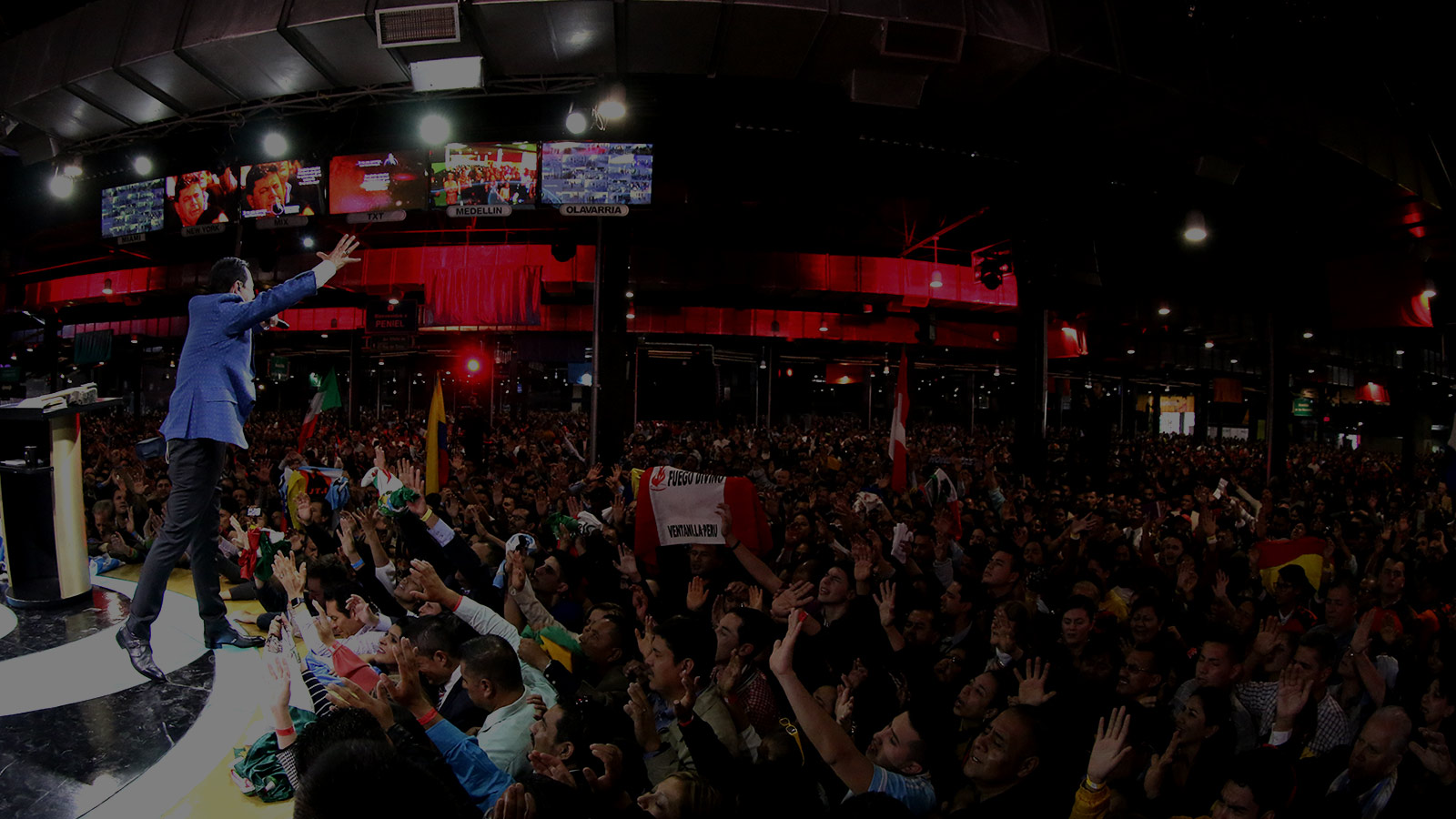 Extending revival to the
end of the world

With sixty-two venues in Colombia, Argentina, United States, Chile, Brazil, Honduras, Spain, Peru and Venezuela. Seven published books, nine music records (music and lyrics 100% Avivamiento), the TV network ABN which transmits on channel 41 in Bogota, on satellite SES6, and online HD transmission, aviva2.com online and the TV program “He Can Do it Again” aired in over 120 countries through Enlace network; and many more ministries which are used by pastors Ricardo and Ma Patricia Rodriguez to extend this Revival to the end of the world. All of this, with the sole purpose of bringing the message of the gospel fulfilling the Great Commission and believing that what is written in the book of the prophet Ezekiel in chapter 47 is happening today: Every living creature that swims in this River… Shall live!